The cervix is a firm band of tissue that forms the base of the uterus. The cervix keeps the uterus closed, making a barrier between the vagina and the uterus. During pregnancy, the tissue of the cervix gradually softens and becomes thinner and shorter as the pregnancy progresses. As the time for labor and delivery approaches, the cervix dilates to create an opening between the uterus and the vagina. Once the cervix fully dilates, the baby can pass from the uterus through the vagina during childbirth.

In approximately one percent of pregnancies, the cervix opens too early during pregnancy, long before the fetus reaches full term. This condition, called cervical insufficiency, often occurs with no symptoms. However, some women may experience symptoms such as spotting or other vaginal discharge, abdominal pain, vaginal pressure, or low back pain. Cervical insufficiency can put an otherwise healthy pregnancy at risk for miscarriage or preterm labor.

Abnormalities in the shape of the uterus or cervix may cause the cervix to open prematurely during pregnancy. Some women have a cervix that is shorter than normal, which predisposes them to cervical insufficiency. Previous conditions or procedures that damaged the cervix, such as surgeries or infections, could also put a woman at risk for cervical insufficiency. Former miscarriages during the second trimester can increase the likelihood of cervical weakness in a future pregnancy. Genetic collagen disorders that reduce tissue elasticity can also weaken the cervix.

Women who present with symptoms of cervical insufficiency receive a pelvic exam and a transvaginal ultrasound that allows the doctor to look for signs of softening or thinning of the cervical tissue. Because cervical insufficiency may not cause any symptoms, women who have risk factors receive pelvic exams and transvaginal ultrasounds beginning early in the second trimester to monitor the condition of the cervix.

A diagnosis of cervical insufficiency indicates that the cervix is weakened and there is an increased risk of the cervix opening too early, possibly leading to a miscarriage or preterm labor if it is left untreated. A common treatment called cervical cerclage can help keep the cervix closed until the last weeks of pregnancy. During this procedure, the doctor stitches the cervix closed. The sutures remain in place until week 37 when the doctor removes them in preparation for labor and delivery. Cervical cerclage keeps the baby in the uterus until it is fully developed and greatly reduces the risk of premature birth. 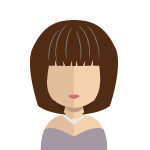 My husband and I are ready to have our first child. Because I’m an older, potential mom, I’m working closely with my OBGYN. While I know the road to motherhood might be difficult and time consuming for me, I’m prepared for the challenge. I’ve already discussed several medications and procedures that help with infertility issues with my caring OBGYN. My husband and I are discussing our comfort levels with each type of infertility treatment alternative. We are confident we will make the right decisions for our future family. On this blog, I hope you will discover some of the best treatment options for infertility available today. Enjoy the journey to motherhood!